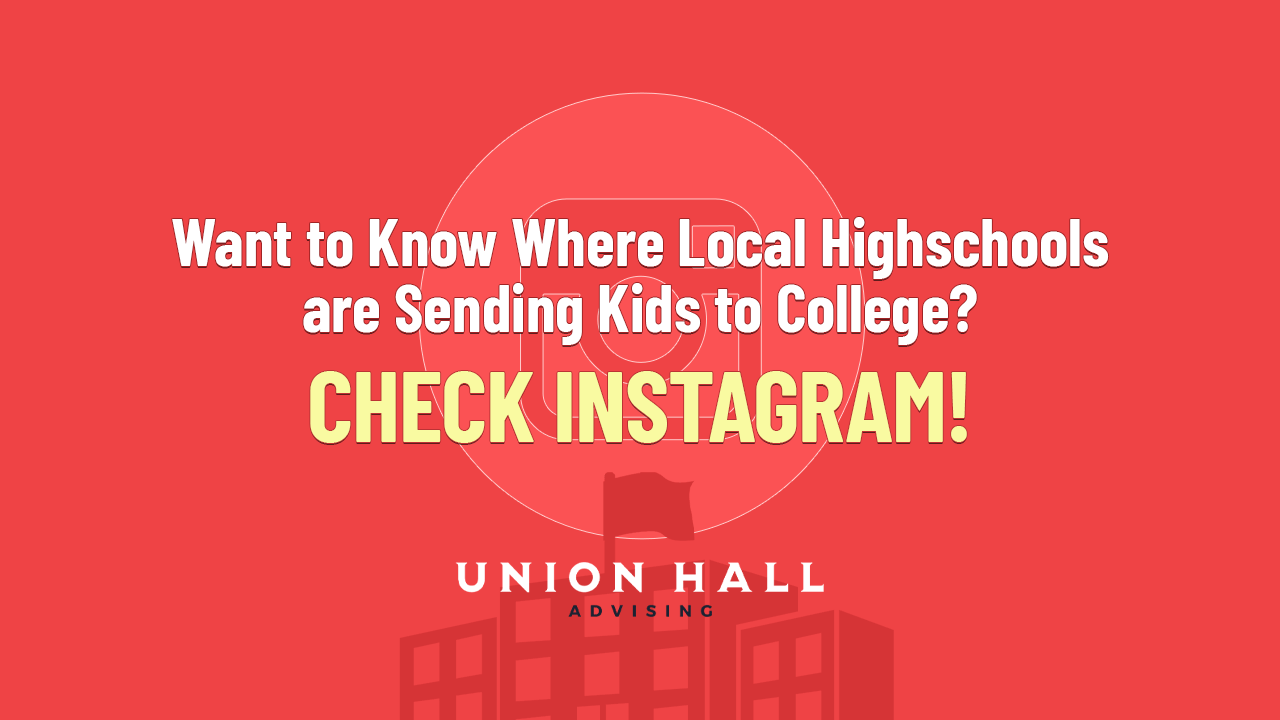 If you’ve been reading our blog, you’ve no doubt picked up...

that we believe where a student goes to high school plays a big role in their college admissions chances. The “brand name” of a high school has become even more important in the time of test-optional admissions, and as much as admissions officers will tell you that it doesn’t matter, it does. Students who go to traditionally strong high schools - the best public schools and private schools - have a far better chance of getting into highly selective colleges, provided that they’ve taken advantage of all that superior school has to offer. For kids attending less impressive high schools? It’s an uphill battle to get into the kind of highly selective colleges that the brand-name feeder schools regularly send kids to.

High schools rarely publish a full list of where their students have gotten into college. Some private schools use 5-year averages to attract future enrollees, but it is not typical for public schools to do the same. However, in an example of something we can thank social media for, students have begun to publish their own accounts of where their classmates have matriculated. Here’s how it works: Some enterprising graduating high school student decides to open an Instagram account for say, Rose High School. Calling it “RoseHigh’21Decisions”, they collect input from their classmates about where they are going to college, publishing them all in that collective account. These are typically not school-sanctioned Instagram accounts, but rather private endeavors that kids can use to flex their college results in a way that goes beyond college shirt day. Do high schools like it? No, most don’t. But it makes for very interesting reading, especially if you are a parent considering where to send your middle-schooler to high school.

What you see when you review high schools in a certain area, is that the schools you think are superior are indeed sending more kids to highly selective colleges. But what is less obvious is that the top private schools are typically sending a higher percentage of their graduates to top colleges, compared to, say, the top local public schools. This won’t be the case everywhere, but consider two schools in the Chicagoland area. The Latin School, which is in the heart of Chicago is one of the top-ranked private schools in the city. The Class of 2021 represents about 125 students, many from well-connected and wealthy families. Of the 125 graduates, about 45 or 36% of them, sent their college decisions to the Instagram account “LatinDecisions2021”, a privately run endeavor. Granted there are a lot of kids missing, but scrolling through the list of matriculations, you’ll find many top-tier schools represented. In fact, more than half of those posting are going to a top 30 school, as ranked by US News and World Report.

Now consider one of the top ranked public high schools in Illinois, the New Trier high school located on the north shore of Chicago, a suburban home to arguably the same kind of well-connected and wealthy families that go to Latin. Much larger in size, New Trier’s class of 2021 has over 1,000 graduates. Like the Latin kids, they’ve been posting to the private account “2021NTSeniors”. And like Latin, about 40% of the New Trier graduating class submitted their matriculations. The list of colleges is also impressive, but despite New Trier being one of the top public schools in the state, it has far fewer kids going to the top 30 schools. It’s nowhere near 50% like at Latin, but rather less than 20%. We know this isn’t a true apples-to-apples comparison, and that not all students are represented. But it’s still an interesting view into the places that high school students in Chicago are actually going.

The moral of the story? Where you go to high school matters, yet parents have little insight into how any one high school succeeds at delivering kids to top colleges. These student-run Instagram accounts might provide a rare look into what is happening in your area. So try to find your own local high school Instagram pages and see how the kids are faring!