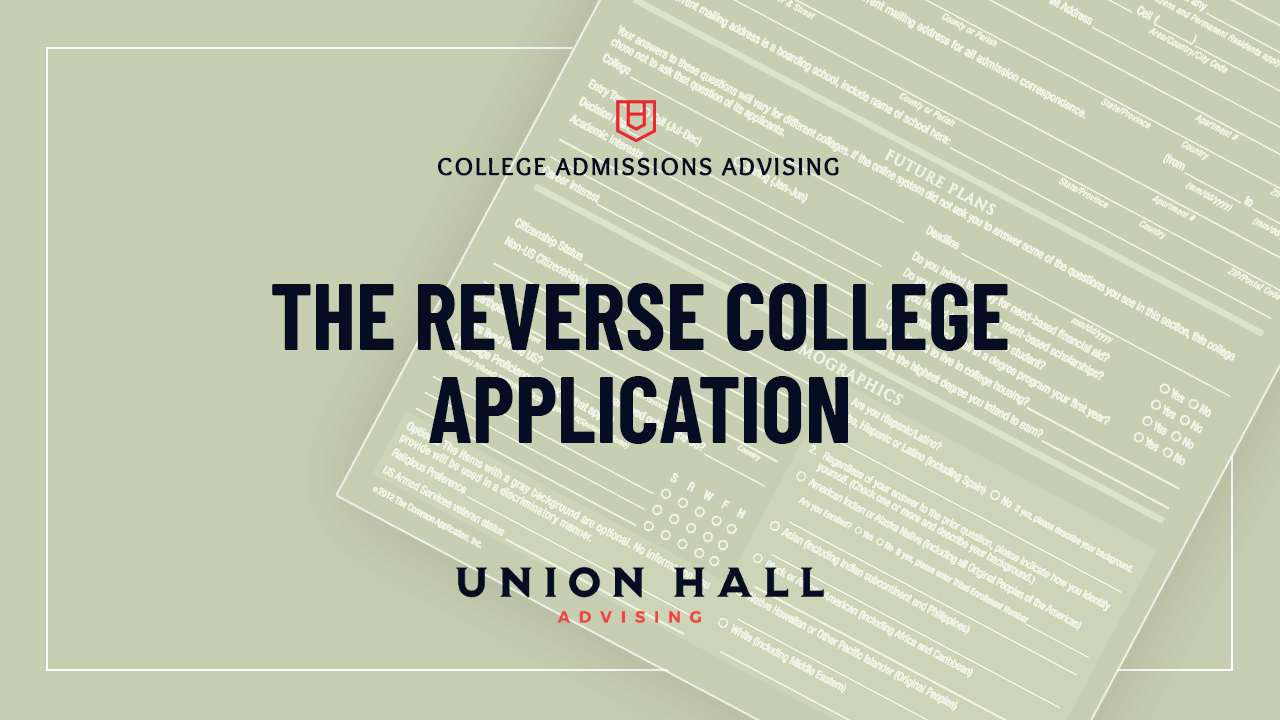 Just a few weeks ago,

industry publication, Inside HigherEd, did a story about a company called Concourse, which operates a new kind of college admissions platform. The idea is that instead of students applying to each school individually, they fill out a single profile that colleges can review, and use as the basis for extending offers of admissions. It operates a bit like the Common App, but without the requirement that students actively apply or pay an application fee. At Union Hall Advising, we often talk about how even the top colleges “shop” for students who meet their institutional priorities: First-generation kids, underserved minorities, women in STEM, etc. Colleges spend a lot of money recruiting students who might apply to fill those spots and so we find this concept of a shopping mall for students intriguing.

Concourse began as a way for international students to connect with US colleges, and over 2,000 international kids participated in 2021. But this past year, the company, with the help of College Greenlight and its parent company EAB, started testing the platform with low-income students in Chicago. As part of this beta test, the company partnered with eight local colleges to recruit students directly from the platform, with no application required. Good solid schools like Knox, Valparaiso, Bradley, and Illinois State all participated, in addition to Columbia College in Chicago, Elmhurst, and North Park University. And the results were impressive. Over 650 kids from Chicago built a profile (with the help of counselors) and 75% of them were offered at least one college acceptance from the platform. Even better, the schools offered over $18M in financial aid.

This is a small sample size with a limited set of colleges, but the idea has merit. Why make kids fill out countless applications (and have colleges sift through them at great time and expense) when a marketplace could provide the ability to search for students who meet the criteria that colleges want? An online marketplace could also greatly increase the speed of interaction and matching between colleges and students. Imagine that a college wants to recruit 50 students to be part of its new Gender Studies program. It could search the platform database for matches, and make offers. As kids decline those offers to accept something from another college, a “waitlist” of students identified by the college to fill those Gender Studies positions could be activated and offered an acceptance. If anything, the idea of a marketplace illuminates just how manual and lagging and inefficient the process is now. Colleges talk all the time about building a balanced class, but they really have little control over it in the existing analog system.

The biggest barrier to such a concept taking hold broadly, apart from the inertia inherent in the old-school college application process, is that nobody stands to make any money from such a system. This is largely due to a little-known policy that prohibits colleges from paying a “commission” for the recruitment of domestic students. This restriction does not apply to foreign students, who do not receive federally-funded student loan subsidies, which is why Concourse has focused on the international market. In fact, many international students come to US colleges via “agents” who represent foreign families looking for college acceptances in the US. This is a fascinating business in and of itself, which we will write about in the future. Beyond the money that can’t be made by the platform provider, is the potential for lost revenue from application fees. Colleges rely on this money to fund their admissions departments and marketing campaigns. Stanford alone collects $4.7M in application fees every year from its 55K applicants, and although they could probably stand to do without that money, less well-endowed colleges cannot.

If we could get over those obstacles this could be a seismic shift in the college admissions process. It could be faster, more efficient, and easier for both colleges and students, alike. Just don’t expect it to happen anytime soon.