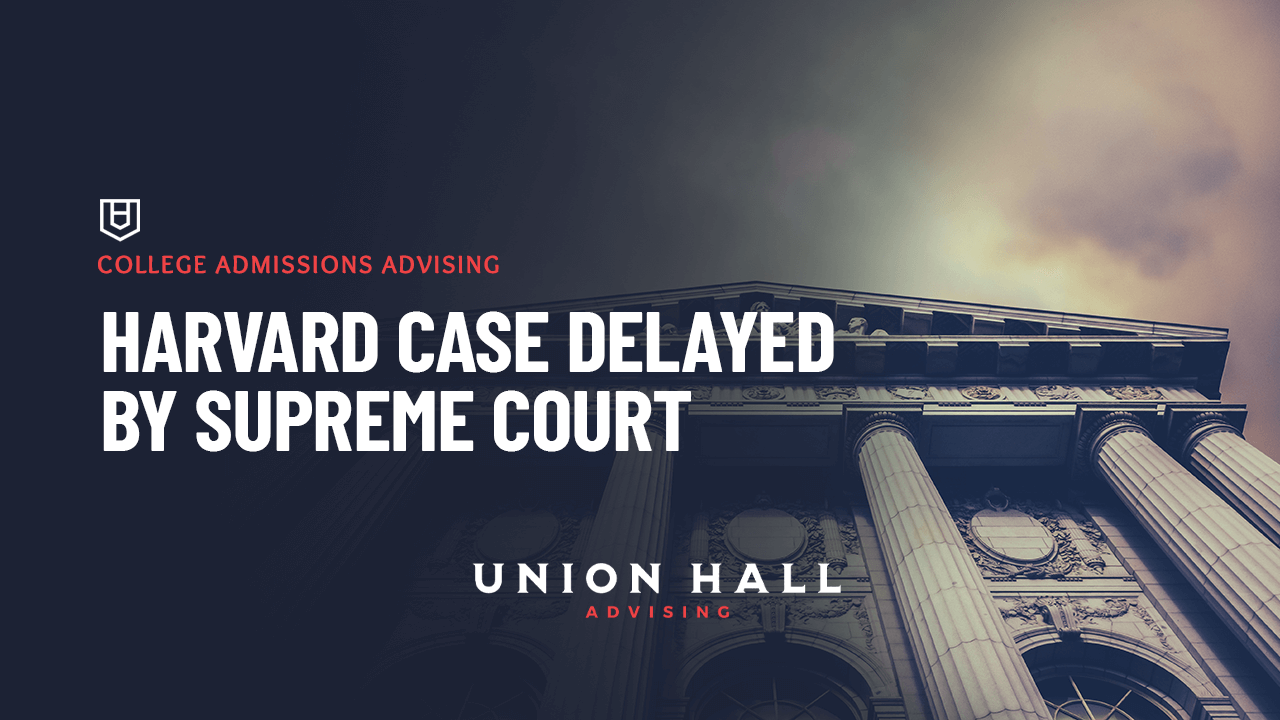 We’ve always thought that the case the group Students for Fair Admissions...

brought against Harvard University will ultimately bring big changes to the college admissions process. We know that this is not the way it looks now, because courts have continued to rule in favor of Harvard. But the argument that Asian Americans have made - that it is harder for them to gain admission despite their superior academic standing - is one of the reasons that test-optional admissions continues to gain steam, even among the academically elite schools. As we explained in an earlier blog post, it’s harder to prove you are being discriminated against when the last objective measure of academic performance - the SAT/ACT - is no longer required. When everything measured by colleges is done so subjectively, it is harder to make a case for discrimination.

On Monday, the Supreme Court kicked the can down the road a little further, by postponing its decision to accept or deny the latest appeal from Students for Fair Admissions. As a reminder, this group (which is actually backed by conservative supporters looking to do away with all affirmative action), brought suit against Harvard back in 2014, with the accusation that Asian students face a much harder time gaining admission to the elite college relative to Blacks, Latinx and White students. The case has made its way through a series of lower courts, who all ruled in favor of Harvard. But now it is at the Supreme Court, and one that looks very different than it did even a few years ago, with a conservative majority now installed.

The Supreme Court effectively postponed the decision to take the case, preferring to hear from the Biden administration with its opinion. Harvard has argued that it does not discriminate against Asians, but rather it considers race as an element in its decision-making process because it is seeking to build a diverse class. Despite the conservative makeup of the court, it is unlikely that the court will rule against Harvard given its success at the lower levels and related precedent. But that doesn’t mean this case isn’t reshaping college admissions decisions. Look no further than the willingness of these elite schools to embrace test-optional policies even if it means their applicant pool will grow some 30%-40% as they did last year. At Harvard and elsewhere, the freedom to build the class they want will always be worth fighting for.