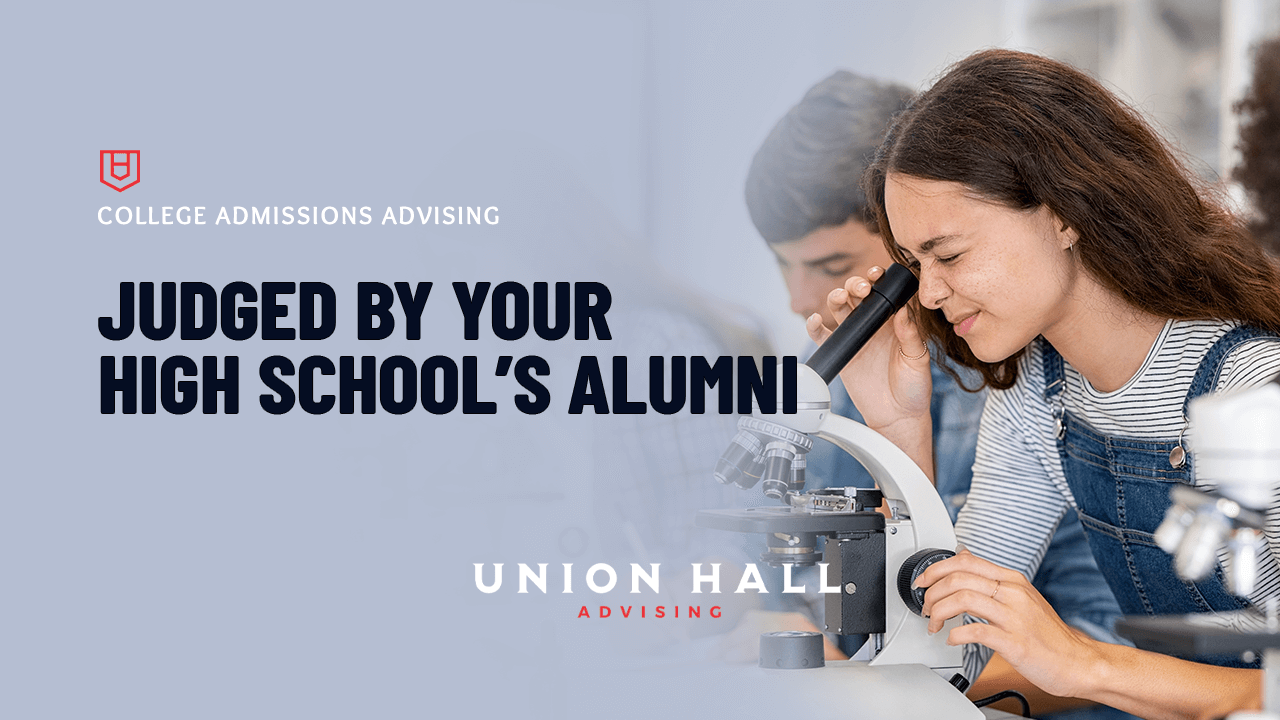 As colleges rethink their admission strategies in the wake of test-optional admissions policies,

some are publicizing their new plans for gauging admissions worthiness. One recent take comes from Michigan State, which has said that in lieu of requiring test scores, it will correlate the high-school-specific GPAs of applicants with the in-college performance of alumni students from that same high school. In effect, Michigan State is asking “How did kids with a 3.2 GPA from High School X do when they came to Michigan State?” The answer may very well determine whether you get into Michigan State with your 3.2 GPA. The college has said that if it does not have enough data from any one particular high school, it will use an average across the college. But especially at state schools like MSU, where the college is pulling students largely from a set number of in-state high schools, this strategy makes a lot of sense.

The reason that where you go to high school matters so much, is because colleges gain familiarity, and ultimately preference, for a certain set of high schools.

Michigan State may be codifying its comparison between current and past students from the same high school, but this is very similar to what highly selective colleges do already. The reason that where you go to high school matters so much, is because colleges gain familiarity, and ultimately preference, for a certain set of high schools. Some students on Reddit have derisively called these “feeder high schools” and although colleges may insist that feeder schools do not exist, they absolutely do. There is a reason why Harvard takes almost 20 kids a year from Exeter, and it isn’t only because of legacy. It’s because Harvard knows what type of kids come out of Exeter (smart, well-trained, and well-off) and this is appealing. The same goes for top public high schools across the country, especially in highly-competitive cities like New York and Chicago, where the magnet schools draw the best and brightest from around the city. Going to a highly regarded private school or public school gives you a better chance of getting into an elite college, even though the colleges won’t admit this. They say that they know kids don’t have a choice in where they go to high school and won’t penalize them for a parent’s decision. And although they may not directly punish kids who don’t go to elite high schools, the matriculation numbers show that many students are coming out of a handful of high schools, relative to the tens of thousands of schools they could be coming from.

In the same way that most parents don’t know just how competitive the broader applicant pool is when considering their own kid’s chance of getting into an elite college, they often overestimate the reputation of their high school. The high school decision is typically one with limited options and what locally might seem like the best option is often not impressive to highly selective colleges broadly. Yes, highly selective colleges will take kids from virtually any high school, if the student is a true stand out. But statistically, it is much harder to get admitted to a top college even from a moderately well-known public high school in an American suburb, than it is to get in from an elite private school with a national reputation.

If your high school uses software tools like Naviance or Scoir to help them manage the admissions process, you can use the “Scattergrams” feature to see how former applicants from your high school fared in the admissions process. These charts visualize how applicants with a similar GPA and test score to your own perform in the admissions process. It’s not a perfect tool for gauging admissibility because it only considers GPA and SAT/ACT score and not the many other factors considered in holistic admissions, but it will give you an idea. We recommend that parents ask to see these prior to choosing a high school, if they are thinking about it far enough in advance (which most are not). It’s a parent-centric approach that is similar to what Michigan State and other schools are doing, which is judging your admissions chances based on the alumni from any given high school.