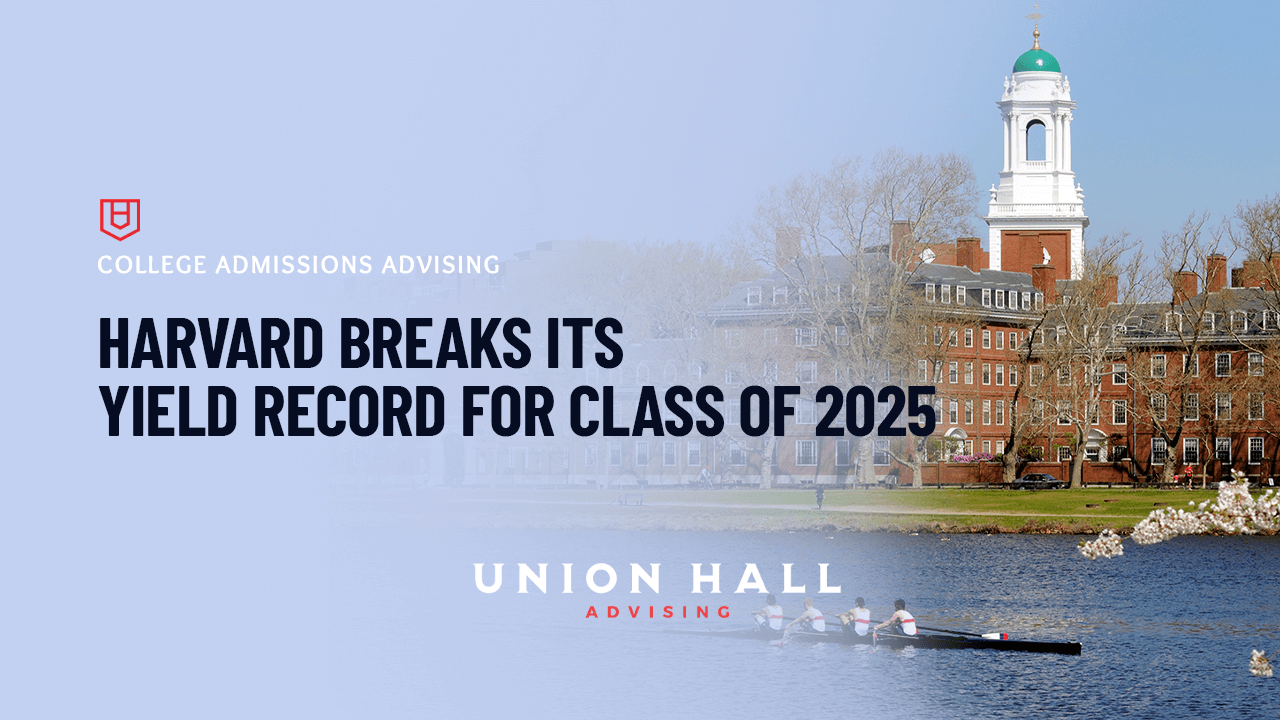 According to the Harvard Crimson...

this year’s incoming class of freshman will be the highest yielding class in Harvard history. At Union Hall Advising, we’ve been saying for years that “yield rate”, or the % of students who accept a college’s offer of admission and choose to attend, is the most important vanity metric to colleges. It’s more important than even their overall acceptance rate, since it represents the true desirability of the college. Yield rates ultimately drive the overall acceptance rate because the more people who accept your offer of admission, the fewer people you have to admit.

Harvard may have been expecting a high yield, but likely not this high. In fact, this will be the largest first year class that Harvard has ever enrolled - with 1,962 freshmen arriving this Fall. This was partly driven by deferrals from last year’s COVID class, but also the high yield from this year’s group of students, who no doubt faced stiff competition at schools that Harvard considers its peers. Not surprisingly, per the Harvard admissions website, zero students were admitted from the waitlist this year.

Yield rates ultimately drive the overall acceptance rate because the more people who accept your offer of admission, the fewer people you have to admit

For context, the yield at most four-year colleges is just 35%, which means that for every student they hope to enroll, a college needs to admit three students. And for colleges near the bottom of the US News & World Report rankings, colleges may need to admit 7-8 students for each one they hope will enroll.

Harvard’s high yield rate is even more impressive given that the school does not use Early Decision to lock students in to attend. Like Princeton and Yale, it’s Restricted Early Action policy does not require students admitted in the early round to ultimately matriculate, giving them the choice to compare offers in the regular round. Other top schools, including Penn, Columbia, Brown, Northwestern and the University of Chicago do lock kids in to early decision, filling 50% or more of their class in this manner and guaranteeing themselves a 100% yield on those students (who are required to attend via early decision).

Harvard’s record-breaking yield numbers this year may ultimately affect the admission rate for next year’s class, as the college is likely to see similar metrics in this second test-optional year.